Don't waste your precious hours hunting online for flights! Save them instead by contacting Arabiers' live travel consultants in Sri Lanka via call or WhatsApp and have them do the research for you. Now that tourism is picking up again after the pandemic, this is the opportunity for you to go on that much-needed vacation you have been dreaming of for a long time. Arabiers is here to help you with everything so you may plan the best international trips. Read this article to find out the flight ticket prices and suggestions for flights from Sri Lanka to Saudi Arabia. 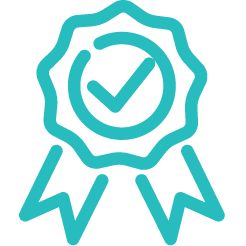 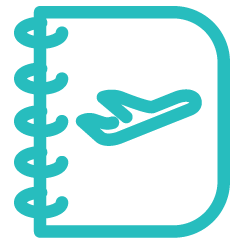 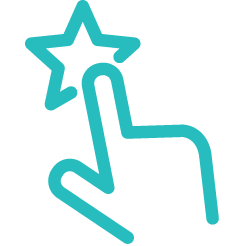 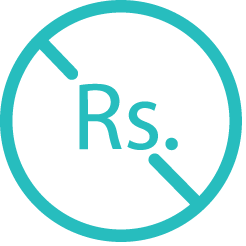 You usually search online for ways to save money on your flight from Sri Lanka to Saudi Arabia. But we have an effective solution for that! We at Arabiers will save you time by looking for and booking the most cost-effective flight. We at Arabiers have the knowledge and access to the world's best flight fares and can find you the most affordable flights. We also inform you of other crucial information, such as the luggage allowance, what you can carry on your flight, etc. The main reasons you should consider before booking flights from Sri Lanka to Saudi Arabia with Arabiers are listed below.

We know that emergency situations can occur that may force you to postpone or even cancel your travel plans. It is out of our control, and booking with Arabiers will save you the stress if something like this happens. Arabiers does not add any service fee to the plane ticket cost, unlike other online travel agencies. Avoid utilizing payment links. Instead, pay with bank transfers or visit our office to eliminate the handling fee charge.

It would be best if you did your research to see whether an online travel agency or airline service offers refunds before making a reservation for a flight. If an airline offers a refund, use that airline only to book your travels. If you make a reservation with Arabiers, we'll check in with the airline to see how the refund is coming along and let you know if anything changes.

Everyone who has booked flights through online travel agencies will have had a negative experience. The struggle to talk to a real agent while reserving your ticket is the main contributing factor amidst many other reasons. Another factor is the lengthy three-minute hold time before speaking with someone. You won't get the assistance you expected, even after talking to an agent.

A major percentage of the landmass in the Arabian Peninsula belongs to the Kingdom of Saudi Arabia. The area it occupies can be likened to the US territory east of the Mississippi River. According to the 2010 census, Saudi Arabia has a population of 27 million, of which 8.4 million are foreigners. Riyadh is the country's capital and boasts diverse landscapes, from woods and meadows to mountain ranges and deserts. Regional variations in climate exist, with summer in the desert reaching above 110 degrees Fahrenheit, while winters in the north and center of the nation can get below freezing. The average annual rainfall in Saudi Arabia is about four inches.

Saudi Arabia is privileged to be home to various historical monuments on the UNESCO World Heritage List. You can choose from a variety of thrilling experiences in a nation that is ranked third in the world for safety, including climbing the world's tallest mountain located 3000 meters above sea level, diving into the Red Sea's magical world of corals and marine life, or traveling through the largest palm oasis on earth, which is home to more than 2.5 million palm trees. Experience Saudi kindness and warm hospitality that contributes to the local charm. Explore the most stunning, renowned architectural works and taste the traditional cuisine that will leave your tastebuds craving more.

The Saudi Public Transport Company (SAPTCO) offers bus transportation with a fleet of more than 2,000 buses. It transports more than 3 million passengers annually between significant cities, including Riyadh, Jeddah, Dammam, Madinah, and Makkah, as well as to smaller cities and towns all around the nation. Additionally, 10 foreign routes are used by close to 500,000 passengers annually.

During the hajj, an annual pilgrimage to Saudi Arabia's holy sites, SAPTCO offers a unique bus service. Up to 15,000 additional buses may be needed to transport pilgrims to and from Makkah during this time.

Temperatures are often between 25°C and 30°C between November and February, which is also the best time to visit. From the end of February or the beginning of March, temperatures rise, with July being the hottest month and January the coldest.

Places to Visit in Saudi Arabia

Every traveler should include Saudi Arabia on their bucket list because of its diversified landscape, rich history, vibrant legacy, mouthwatering cuisines, significant cultural events/festivals, and enormous deserts. The best tourist destinations in Saudi Arabia offer an ideal fusion of the ancient and new. As a result, this Middle Eastern nation draws many tourists annually, including pilgrims, photographers, nature lovers, and history buffs. Saudi Arabia is home to various beautiful tourist attractions, from the Red Sea's turquoise waves to stately forts, heart-stirring mosques, and beautiful museums. Some of Saudi Arabia's best interests are listed here and are sure to fascinate tourists.

The holiest mosques for Muslims are Masjid al-Haram and Al-Masjid an-Nabawi, situated in the two sacred cities of Makkah and Madinah. Masjid al-Haram, the Great Mosque, is the biggest mosque on earth. The Holy Kaaba, or house of Allah, is surrounded by this revered mosque. It serves as the primary location for the Hajj and Umrah pilgrimages. Founder of Al-Masjid an-Nabawi is Prophet Muhammad (PBUH). The Prophet's Mosque, the second-largest mosque in the world, is home to the graves of three prominent Islamic figures: Umar, Abu Bakr, and the Prophet Muhammad (PBUH).

Abraj Al-Bait Towers, a government-owned complex with seven spectacular skyscraper hotels, is situated in Makkah. The four-faced clock in this building complex, which is close to Masjid al-Haram, is claimed to be the tallest in the entire world. There are hotels, shopping malls, apartments for rent, and a sizable prayer area that can hold a lot of devotees.

Located in the capital city of Riyadh, the Kingdom Centre Tower is a famous building approximately 300 meters tall and is regarded as one of the nation's most recognizable buildings. One of Riyadh's top tourist destinations, it is home to various businesses, eateries, entertainment venues, luxury brands, a five-star hotel, and opulent apartments. The SkyBridge, a 300-ton steel bridge that overlooks the capital city, is perched atop this work of art.

The old district of Jeddah is called Al Balad, and it is renowned for its traditional markets, small lanes, gorgeous mosques, and traditional homes. It is a UNESCO-designated world heritage site that previously served as a gathering place for pilgrims making their way to Makkah. The historic Bab Makkah gate, the beginning of the route leading to Makkah, the holiest Muslim city, is located in Al Balad. Al Balad is also referred to be the entrance to Makkah because of this.

The most important and oldest Islamic cemetery in Madinah is called as Jannat Al-Baqi. It is in Saudi Arabia's Hejaz region. It is significant to Muslims because it is thought to be the final resting place of many of the Prophet Muhammad's companions and relatives (PBUH). One of the most sacred locations in Islamic tradition is Jannat Al-Baqi, which is close to the Prophet's Mosque.

Jeddah's restaurant scene is a rich fusion of Middle Eastern and Asian cuisine with elements of spice, shareable platters, meter-long kebabs, and sushi. Dining out in Saudi Arabia's central city of Jeddah is a truly global experience where local cuisine meets influences from around the world. Here are five restaurants in Jeddah that are not to be missed for their elaborate decor, specialties, and breathtaking views.

Patrons can eat like an Iranian monarch in this ornately adorned red and gold marquee-style restaurant. Al Khayam is situated in the Hilton hotel's lower lobby. This restaurant is ideal for couples looking to share a platter because of the brilliant gold chandelier at its center and the cozy crimson decor.

Piatto is a restaurant chain with locations all across Saudi Arabia that takes pleasure in serving only the freshest ingredients prepared into authentic Italian dishes. It is hearty, authentic Italian food at its best. The restaurant is set up like a cobbled plaza, and the walls are covered with pictures of Vespas, famous places, gondolas, and Fiats to give diners the impression that they are dining in Italy.

The Bellevue Complex is home to a fine array of restaurants with international influences sure to please everyone's palate. The aroma drifting from the Persian bakery tempts guests with the treats in store for them. Amara's menu is seasonal to guarantee that only the freshest and tastiest foods are used. Visitors can savor the wholesome Arabic cuisine while gazing over the mesmerizing Red Sea.

If it weren't for its ornate interior splendor, this vintage Chinese, Thai, and Malaysian restaurant may be overlooked despite serving the same old favorites. Toki is a stunning restaurant with elegant pillars, glass-topped tables, priceless chandeliers, and decorated ceilings. The enormous circular tables' rotating centerpieces make it simple to share food. Start with steamed dumplings in a traditional bamboo basket from China, then go on to crispy Peking duck and pancakes, beef in black bean sauce, chicken satay, and egg fried rice. The lemon and mint juice is the ideal beverage to sip during the sweltering summer.

Locals in Jeddah try to retain Al Nakheel's traditional Middle Eastern cuisine. Standard fare, barbecued meats, shrimp, and locally fished najel (Red Sea grouper) are among the dishes. Although the portions are large, the staff would gladly wrap any leftovers for you to take home. In contrast to other traditional eateries, ladies are permitted to take off their abayas in the family section. Watch football on the large screen, relax to the sound of rippling waves in the background, or gather around a fire pit on chilly days to enjoy shisha.

Find the most crucial information about King Abdulaziz International Airport, commonly known as Jeddah Airport or KAIA(JED), including flights (departures, arrivals), parking, car rentals, hotels close to the airport, and other details. Make travel arrangements to JED Airport using the information in this guide.

UNESCO has designated Jeddah's Gate to Makkah as a World Heritage Site. The primary international airport serving the city of Jeddah and the busiest airport in Saudi Arabia is King Abdulaziz International Airport (IATA: JED, ICAO: OEJN), also known as KAIA Airport. The distance between Jeddah and the airport is 19 kilometers.

What is Sri Lanka to Saudi Arabia Flight Time?

It might take you five hours and twenty-eight minutes to fly to Saudi Arabia. But because different airlines have varying layover times or stops along the way, a lot of other airline options can take up to 6 hours. You should be aware that Saudi Arabia is 2 hours and 30 minutes behind Sri Lanka.

How about the Climate changes between Sri Lanka to Saudi Arabia?

Which airline has the maximum number of flights between Sri Lanka to Saudi Arabia?

Out of all the daily flights between Sri Lanka and Saudi Arabia, Air Arabia runs the most. Fly Dubai is the second airline followed closely by Srilankan Airlines and Qatar Airways.

Which is the cheapest flight from Sri Lanka to Saudi Arabia?

What are the name and codes for Sri Lanka to Saudi Arabia?

The airport serving Colombo is known as Colombo Bandaranaike Airport, and its IATA code is CMB. Jeddah Airport is the name of the airport in Saudi Arabia, and JED is its airport code.